Right - really sorry there's little in the way of feedback, I'm still kind of firefighting here. I'll do a proper update when I get more than 10 minutes sat down.

Does anyone have a part number for the correct lambda sensor for this 97/8 Vitesse? I assume there's only one, just nestled next to the turbo.

First question Adiran - has the cam timing been corrected yet? No point throwing parts at it if it hasn't, then there's a couple of other things to check and do first.

If it has, remove fuse "S" from the engine fusebox for 5 minutes then replace. Then perform a stepper-motor reset. 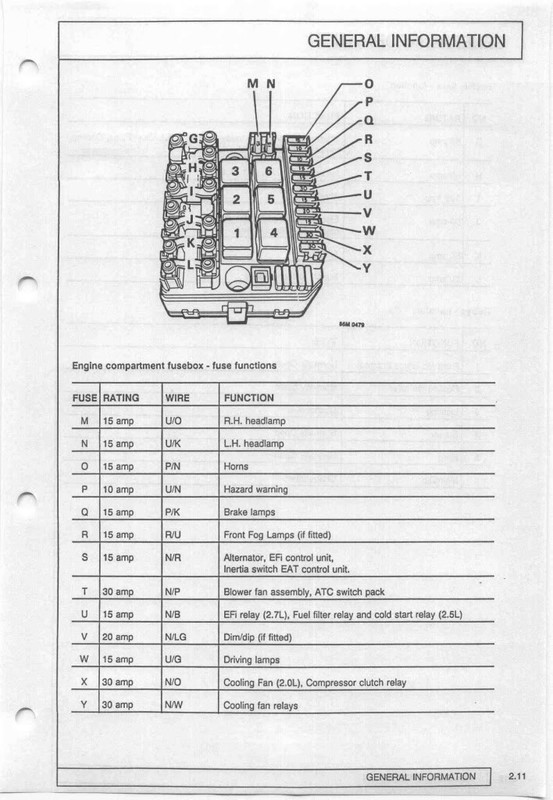 Give it a test drive and see how things have improved.

I suspect MEMS learned the fueling needed for the incorrect cam timing and now it's correct (i hope!) it's having trouble re-learning where it should be, hence the reset by pulling the fuse for a few minutes and the stepper-motor reset.
Last edited by scoobyh123 on Mon Apr 01, 2019 4:46 pm, edited 2 times in total.
Cheers,
Dave

And nothing happens when the lambda sensor is unplugged - literally no change to its running.

Our replies crossed and me editing to add information didn't help! It sounds as if it's gone into Limp Mode so give the resets a try before condemning the lambda sensor. How were they actually reading the Lambda value at the garage?
Cheers,
Dave

The Lambda values from the emissions testing kit only show if it's running rich or lean overall, below 1.00 is rich, above is lean. It is a calculation done within the machine and doesn't actually bear any real resemblance to what the Lambda sensor is doing.

However, when a Lambda fails, the output goes low telling the ECU the engine is running lean (stoichiometric gives about 0.5V roughly) and if it fails, the ECU richens the mixture in an attempt to bring the Lambda output voltage up. As the sensor is dead, it doesn't see a higher voltage so adds more fuel still.

I missed one vital bit of evidence - the HG had failed so was probably pumping coolant out through the exhaust which would have killed the Lambda.
Cheers,
Dave

Yeah, agreed - plus, as I think you mentioned a few pages back, who knows how long it's been overheating for? Whatever happened, it was about as FUBARed as it's possible to get after HGF

So, after all that, do you know which sensor I need? I've seen ebay stuffed full of versions ranging from £25 to £95 and upwards.

I'm not sure exactly which sensor it is but the same one fits the K series lumps including the KV6, try and get one with a plug already fitted to make life easier.

Also once fitted do the fuse "S" thing so the ECU is back to a clean slate again.
Cheers,
Dave

It's a false economy (in every sense of the words!) using secondhand Lambda sensors. Very often the shock from undoing them is enough to damage them so they fail in fairly short order afterwards. Also they only have a service life of 100k miles/10 years so the chances are, they weren't up to much anyway. I have one somewhere from an 825 i broke a couple of years back, not used it yet and the reason i didn't offer it is because it hasn't been tested since removal.

My original plan for it was when i wanted to fit a Lambda sensor to my Volvo for the LPG conversion and it would have been on/near the front exhaust box so a single wire jobby would never get hot enough to function, hence wanting a heated one. I've now decided to mount one in the right hand bank front pipe, near the manifold so i can get away with a single wire jobby instead.

You'd be welcome to the ex KV6 one i have for the cost of postage but i can't vouch for it being working.

Doing a bit of digging on the INtermotor catalogue and fleabay, i've found this :

Second one (without an ebay listing to go with it) is the 370mm lead version, as far as i can work out from the INtermotor catalogue, they are the same except for lead length.
Cheers,
Dave

So, in the meantime, we've been trying and failing to get this to run properly - the primary issue seems to be that compression is way, way down.

Quick summary: headgasket was comprehensively blown and head warped. It was sent away for a 'hefty' skim (I've no idea on pressure testing the head).
After much faff in re-fitting, it really struggled to start. Like, REALLY struggled. On most times, it will only start when the injectors are unplugged, shutting off fuel, engine will catch and then the plug can be reconnected and it will run. It definitely 'chuffs'. It stinks of fuel.
Suspected the cam timing was out - can confirm now that it wasn't/isn't (will upload pictures in a bit of the before and after once we'd managed to properly locate 90 deg before TDC). it's been timed and retimed multiple times because we just want to be 100%.
It's underpowered but perfectly capable of maintaining motorway speeds, losing absolutely no coolant or oil.
Compression test done and it's low, across all 4 cylinders.
Added some oil to the cylinders and it remains low, but the oil can be seen sitting on top of the pistons, suggesting it's not leaking past the piston rings.
When driving, there's no blue smoke.
The plugs are VERY rapidly fouling with black soot.
We are pretty confident lambda sensor is goosed, but that's totally irrelevant to it's appalling cold start issues and lack of compression.
Cam covers off and all valves are operating correctly when crank is turned by hand.

Get them to check the fuel pressure - a silly thought just crossed my mind they may have trapped the return line when refitting the head resulting in seriously high fuel pressure. This would also mean the Lambda sensor wouldn't alter the mixture as the ECU altering the injection time wouldn't make much difference with excess fuel pressure.

If memory serves (without checking) it should be about 30-34psi above manifold pressure, if the return line is kinked/crushed/trapped, it will be about 60psi, maybe more.

That could cause the injectors to leak while the engine is off, also will cause fuel wash round the bores resulting in a poor seal (hence lack of compression) and the CTS might be disconnected and/or faulty resulting in over rich fueling.

Gut feeling is they've made a silly mistake somewhere, just a case of finding it!
Cheers,
Dave

Users browsing this forum: No registered users and 20 guests