Did an oil change. Used semi synthetic stuff and a quality Bosch oil filter. Old oil was pretty dark, but I guess its a turbo. 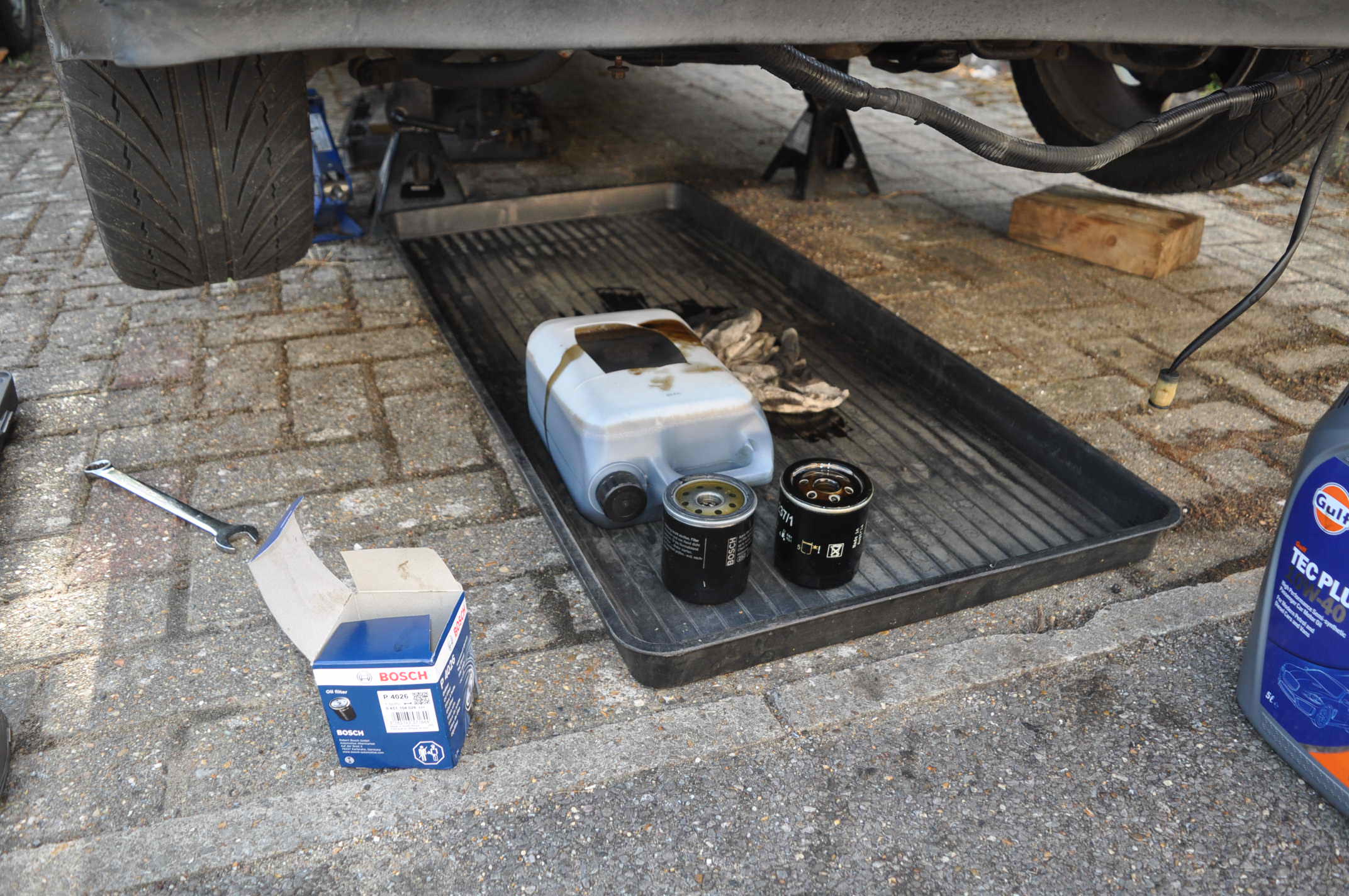 Pre filled oil filter. So easy to get access on this car and correct way up. Why are modern cars so shit? Especially Japanese and Volvo? 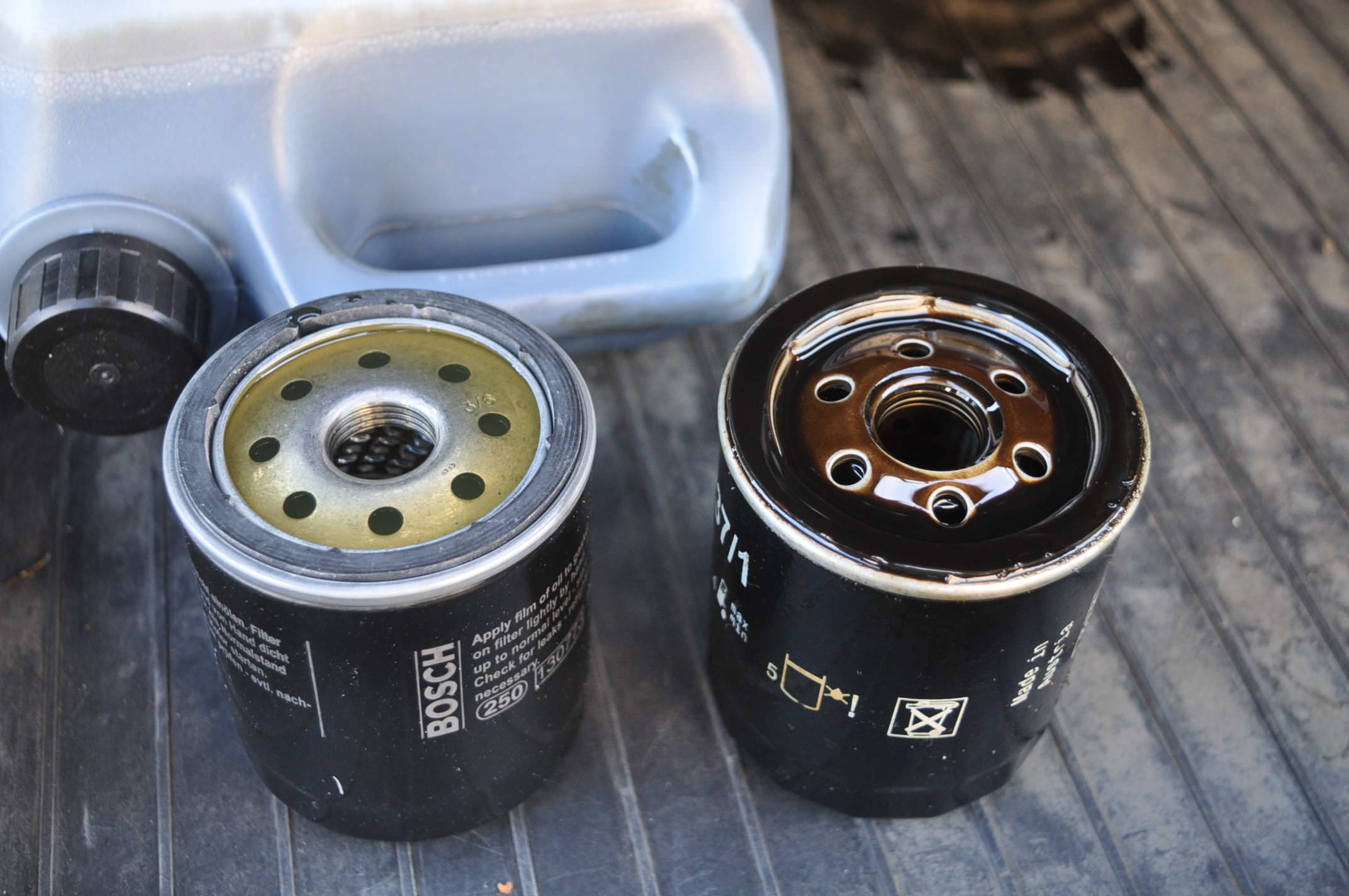 As a temporary measure I replaced a small coolant pipe with some second hand salvaged item. It was a bit of a bodge as the thermostat housing was larger diameter than the metal pipe, so I had stretched a small hose over the larger pipe which was causing it stress. Got lucky and the correct original part came up on ebay, with one fat end, one thin end. Result. So fitted that. Bodge deleted! 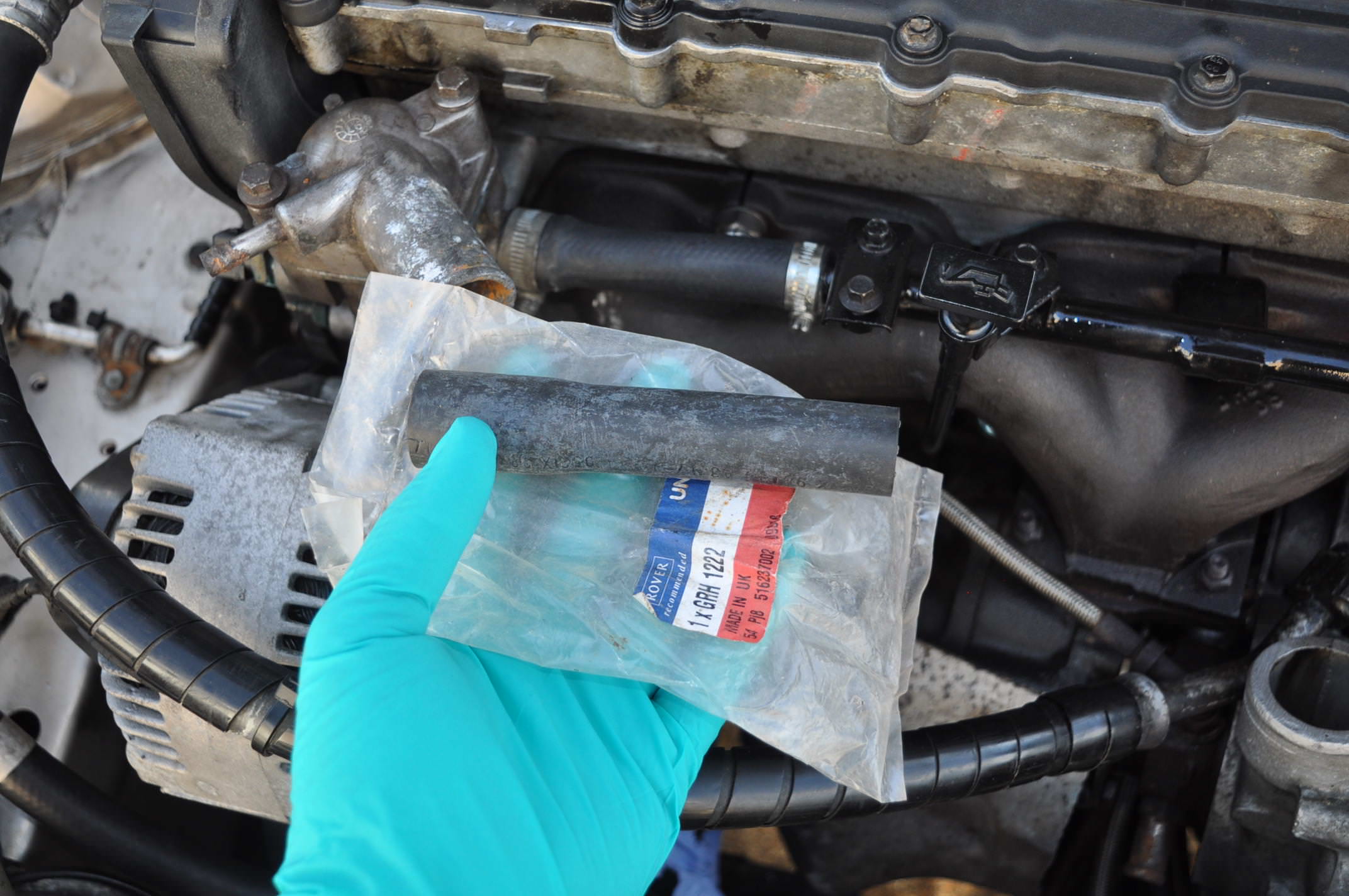 My colleague Ian suggested I flush out the matrix. I had totally forgotten about this. Good job he reminded me as it was full of crap. 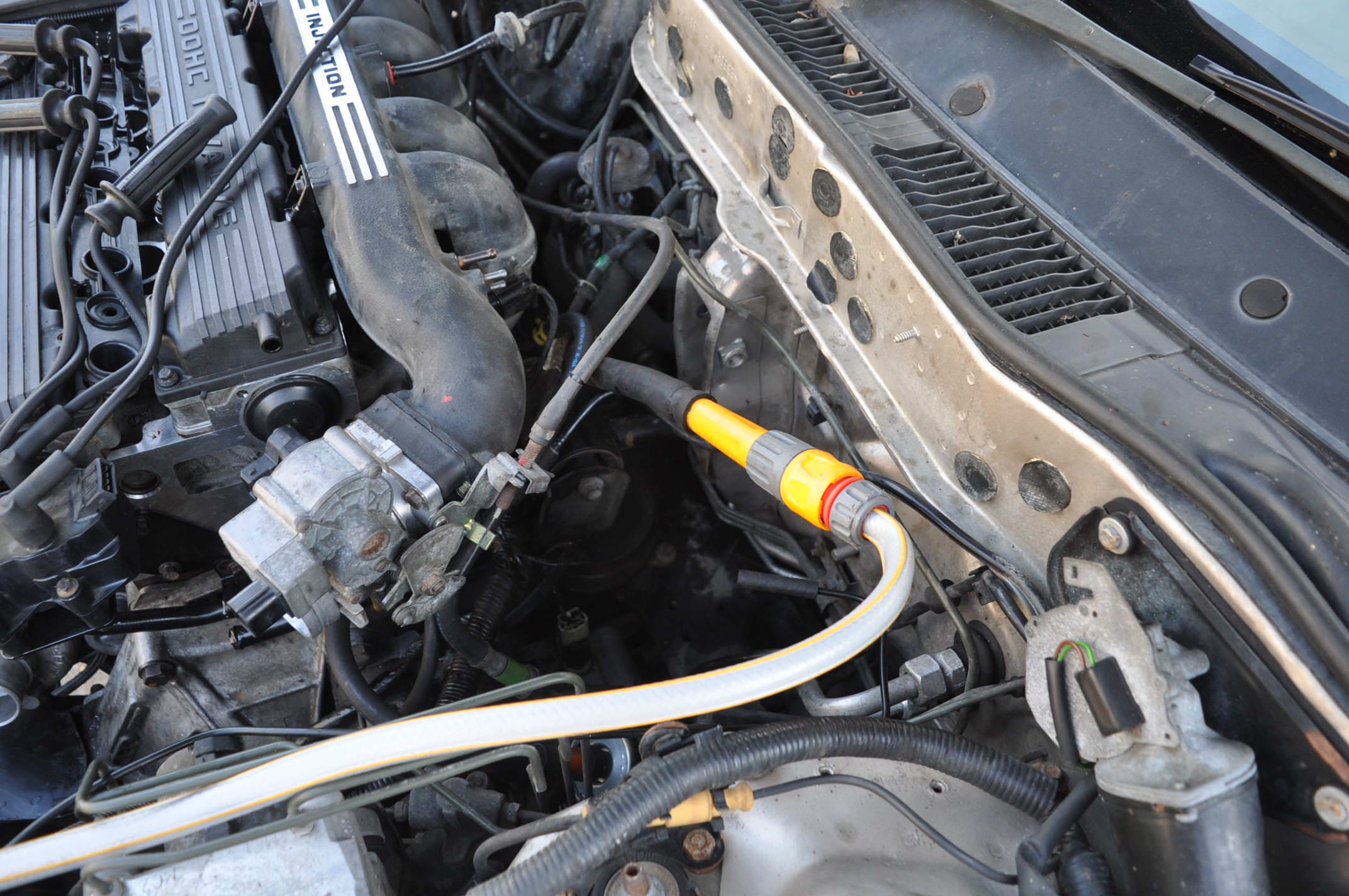 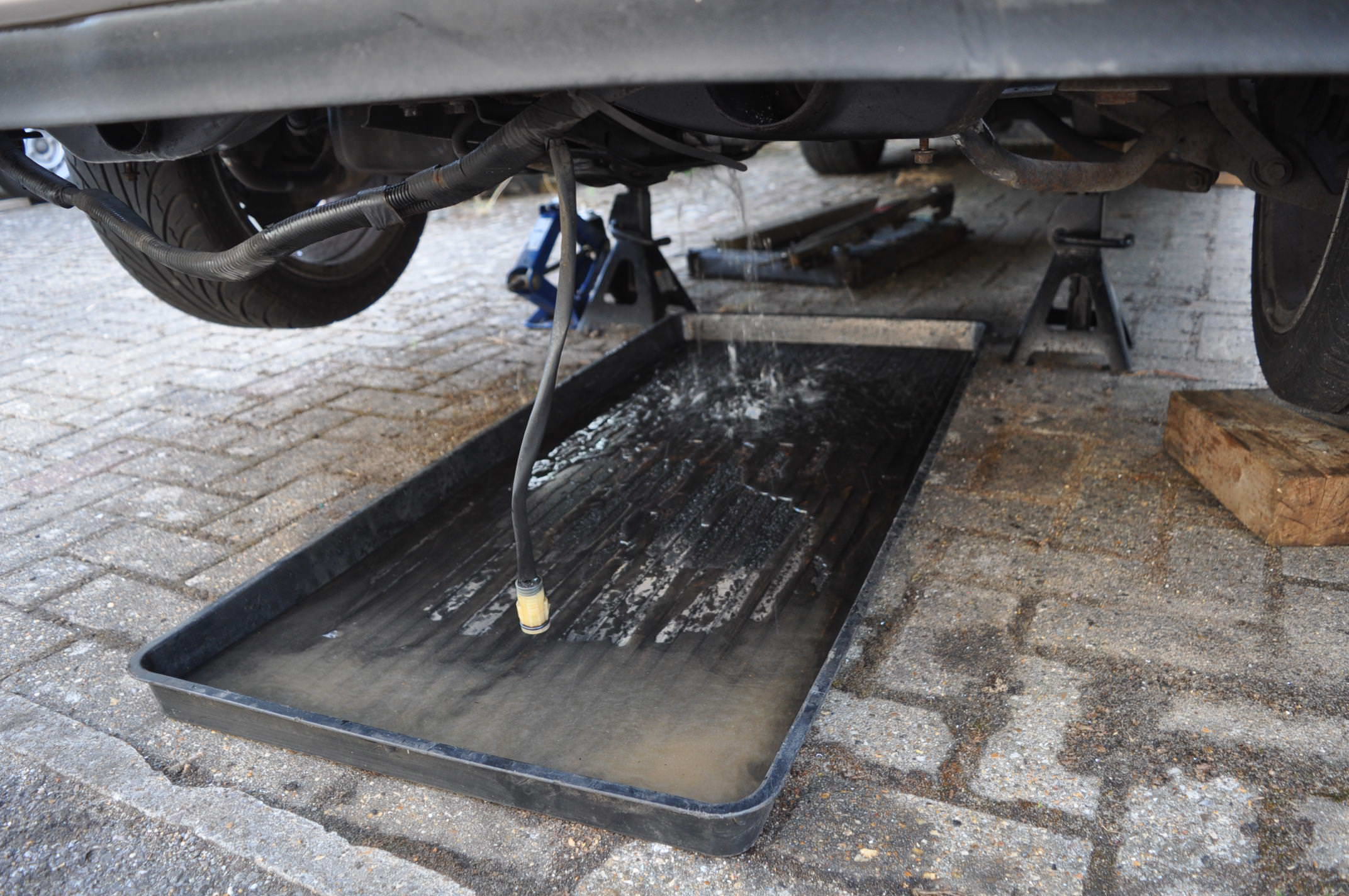 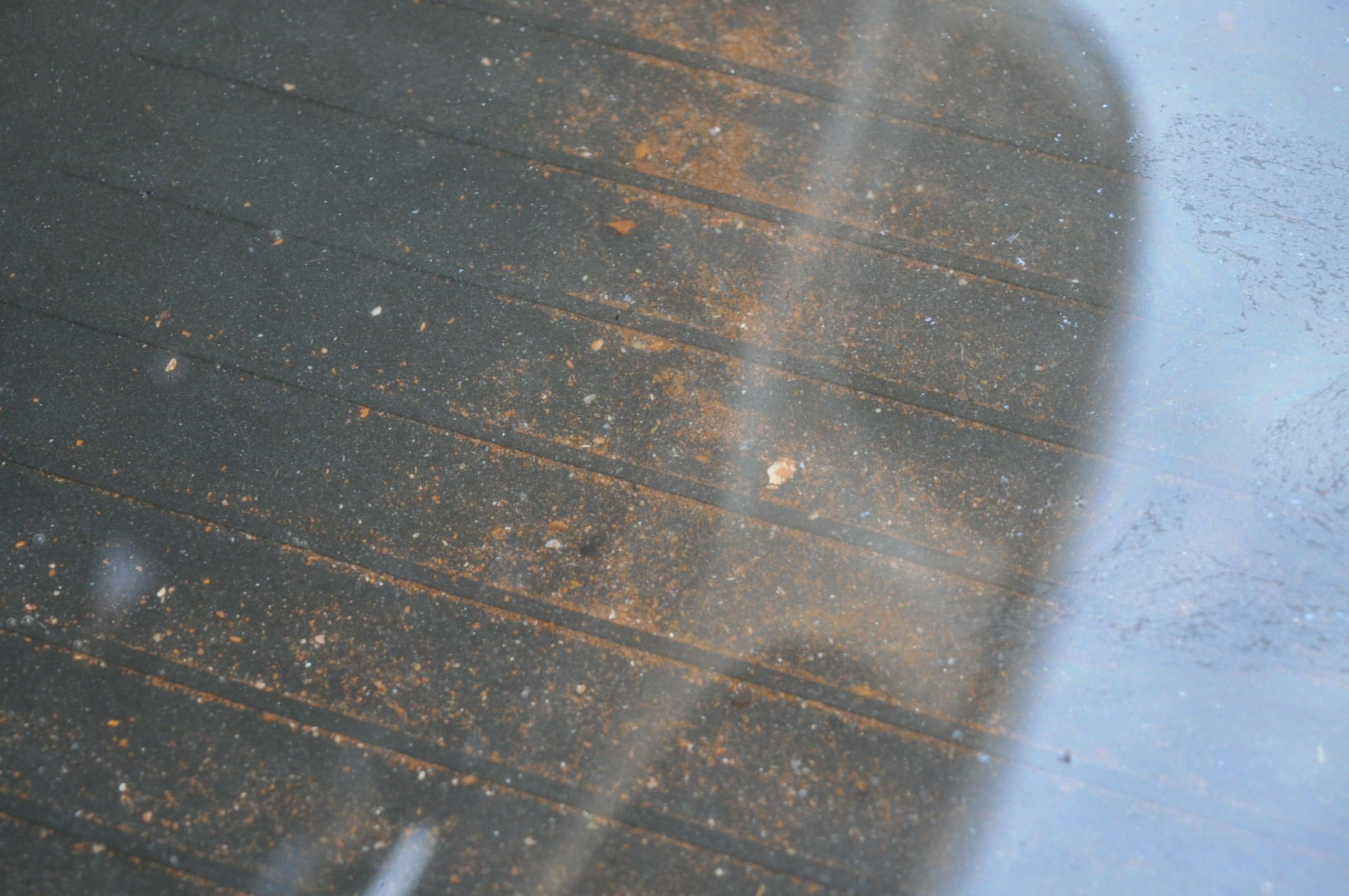 Cleaned out the Volvo header tank with rice and water. Still grubby but better than it was. I plan to make a proper bracket for this Volvo tank when I have got it up and running. 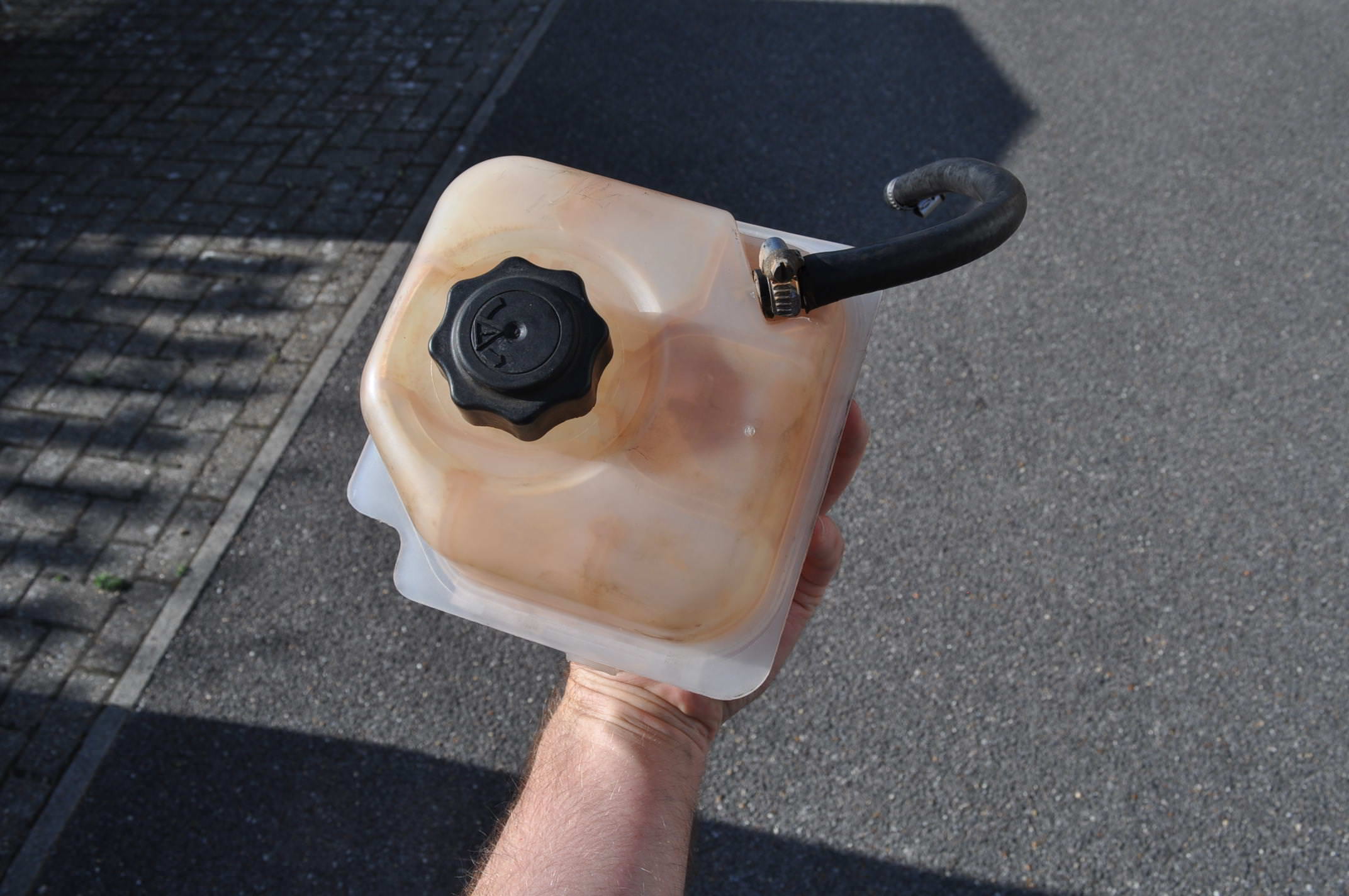 Whilst the front was still apart I took the opportunity to give all the sheet metal and the front subframe a liberal coating of anti corrosion spray. I'm using Bilthamber UC which stands for Underbody Clear. Great stuff. I did the underside of the wheel wells, the brake pipe unions and pretty much anything else that was in my way.

The underside of this car is so incredibly solid. There is no rot at the front what so ever, its incredible. 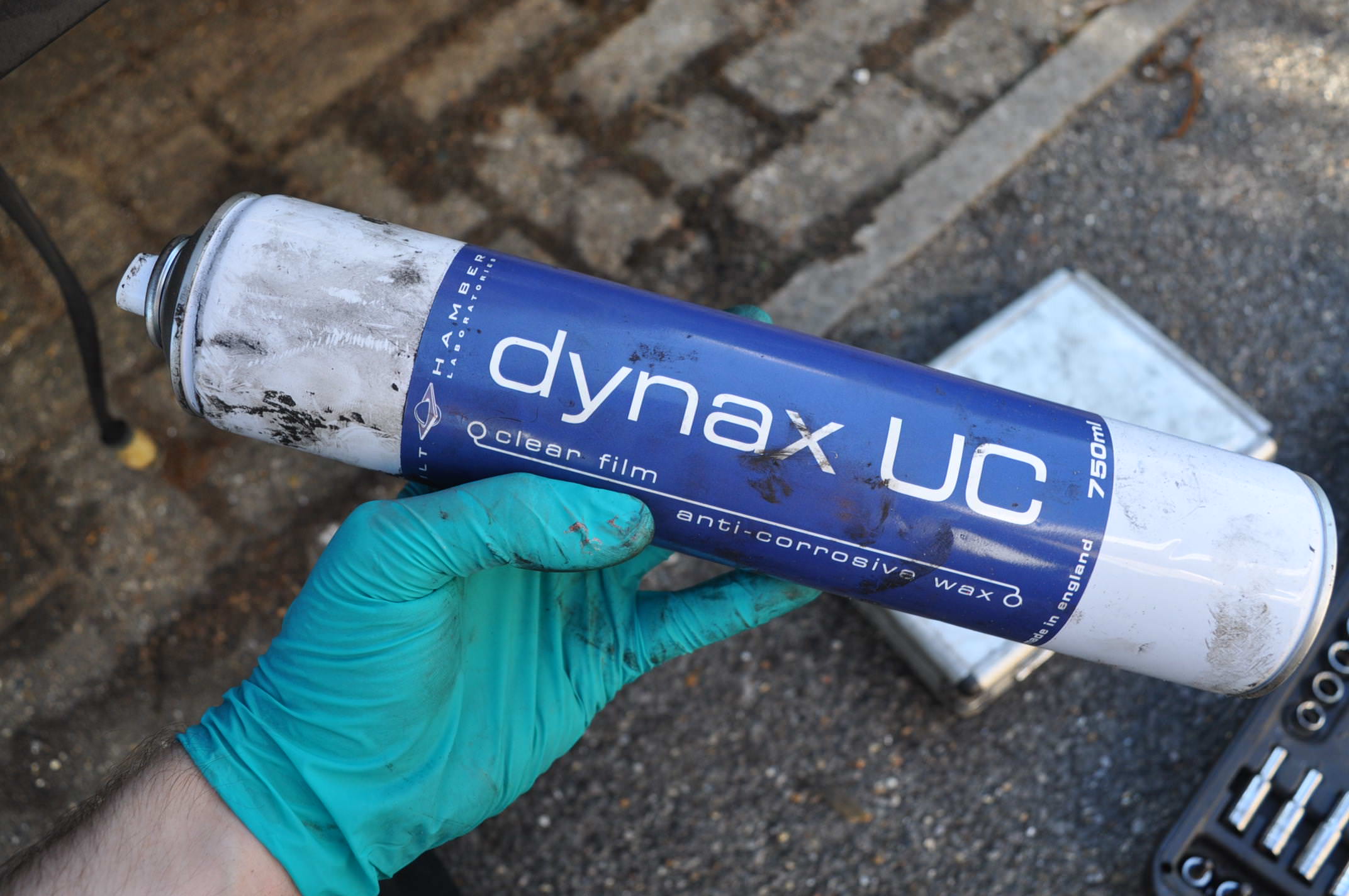 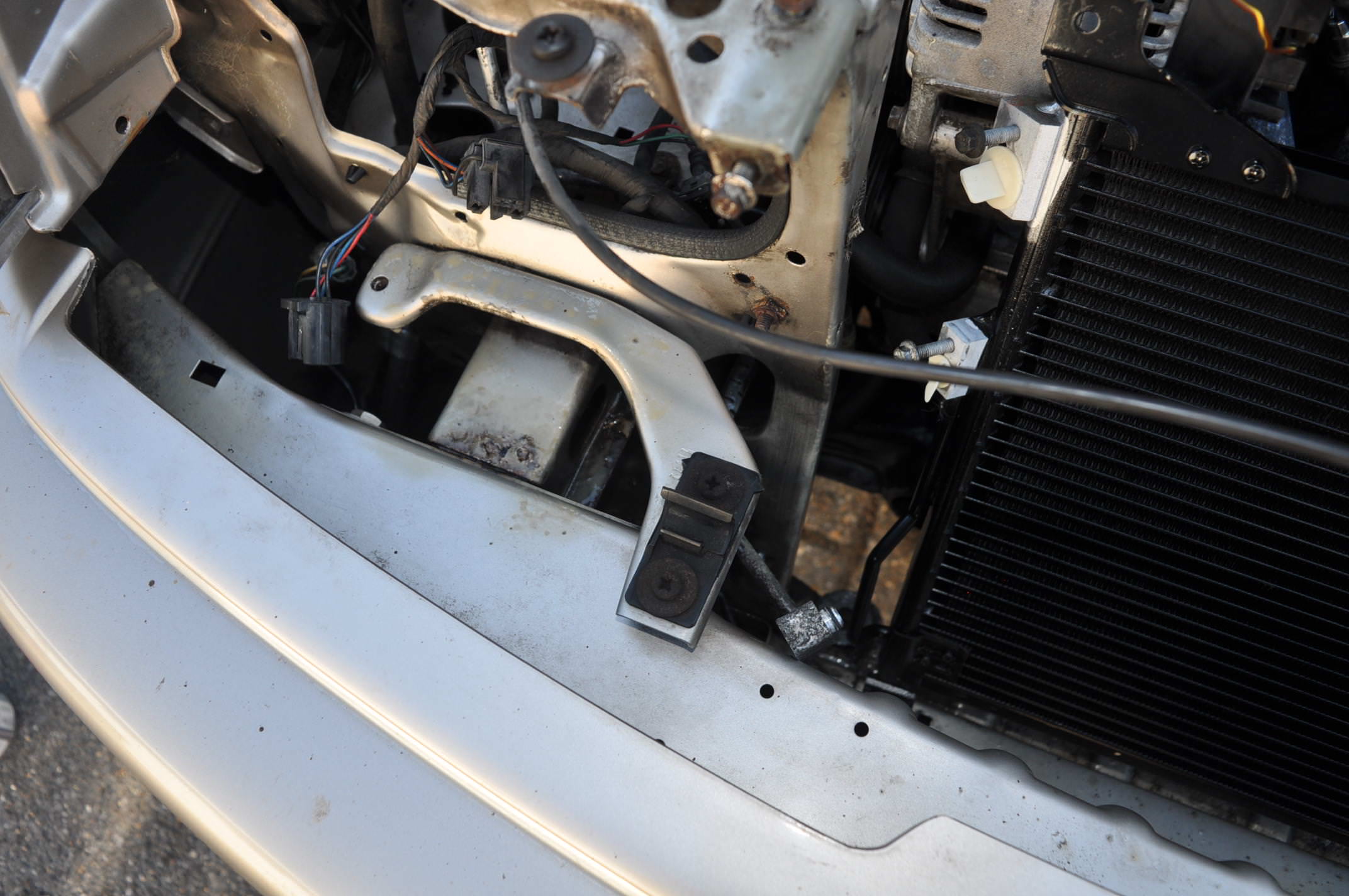 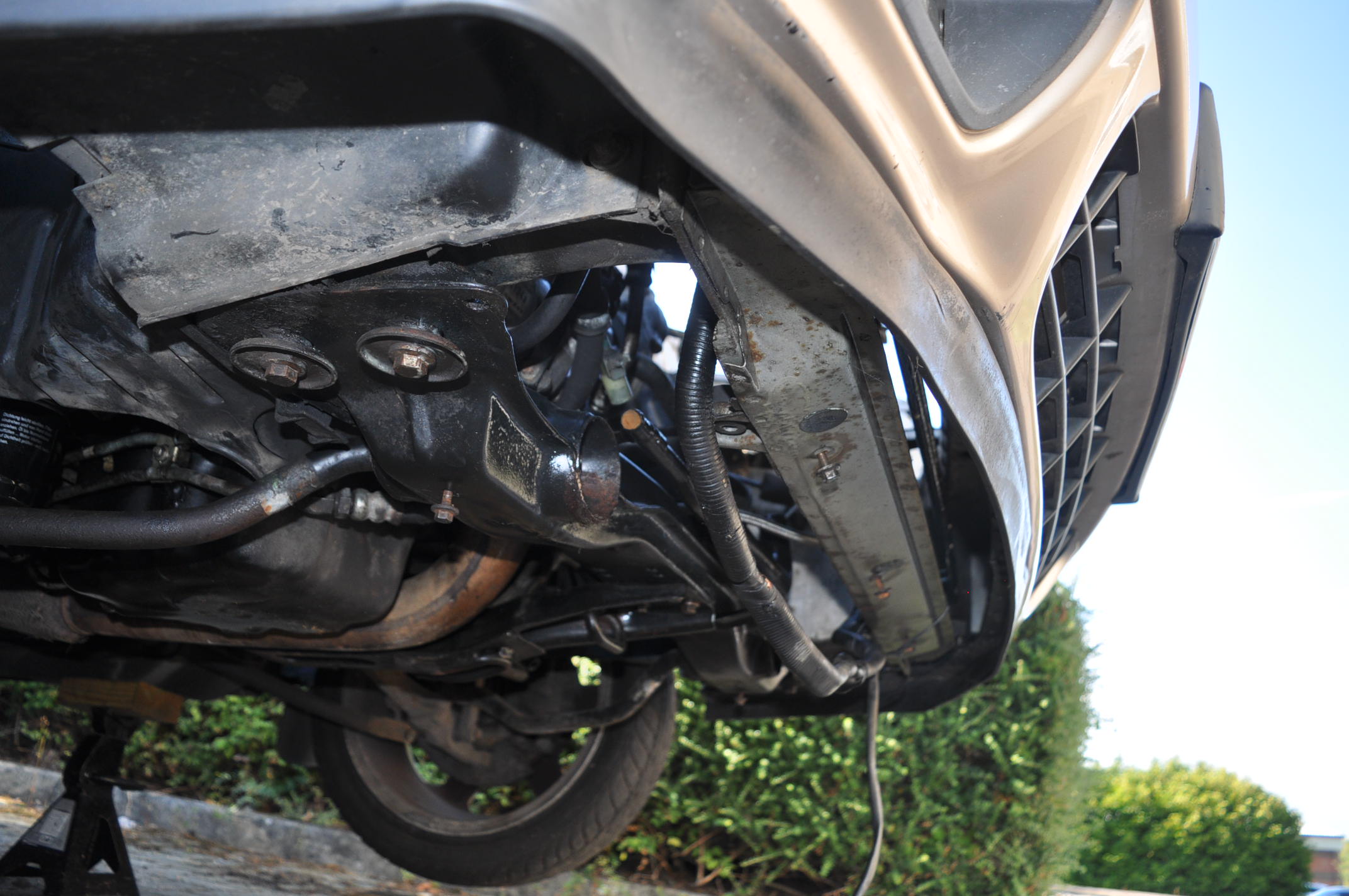 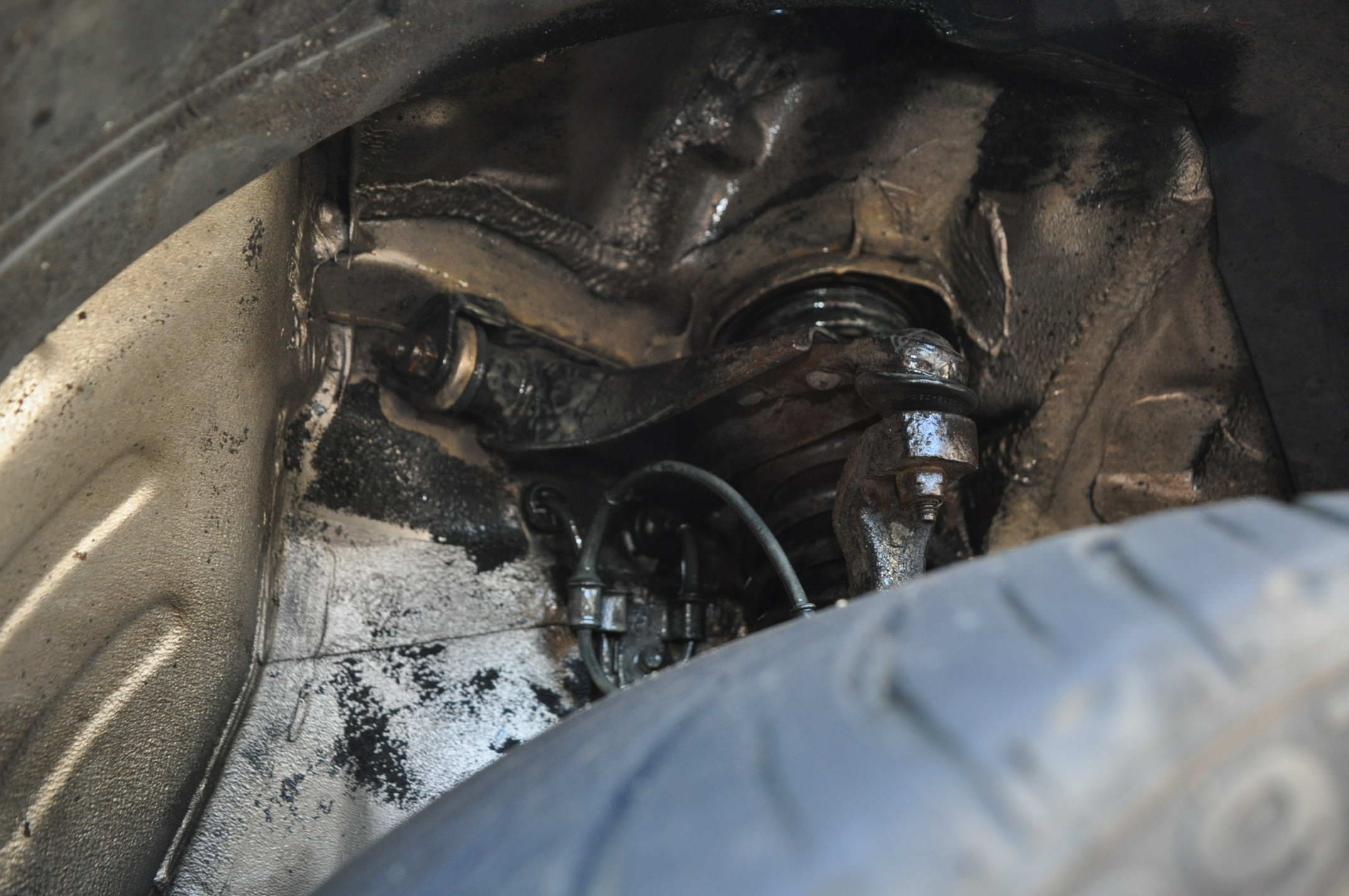 Then I continued fitting up the engine bay. 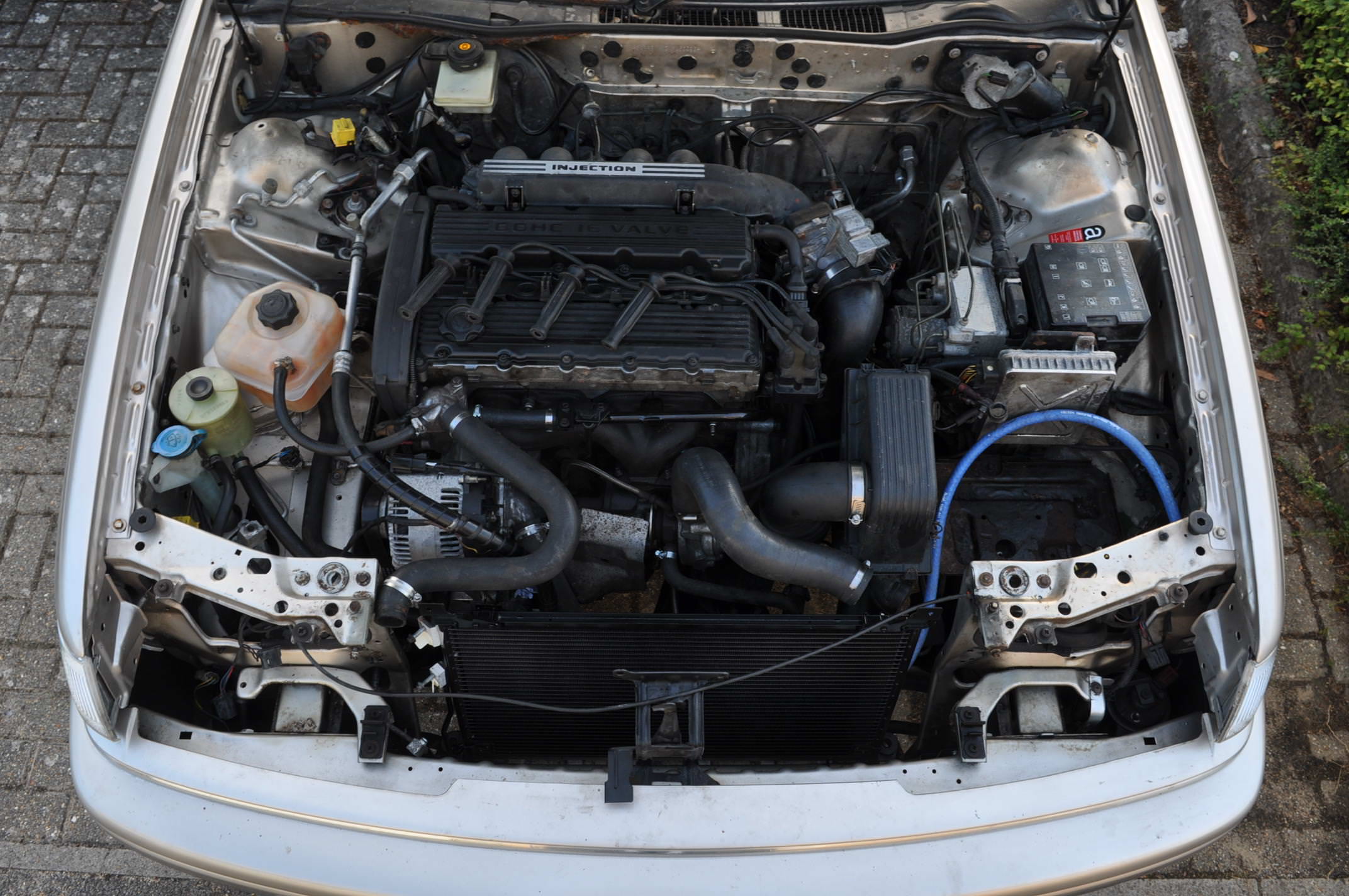 Ive had a coupe of set backs, the biggest being the radiator. First I took it to be re-cored. After a week I went to collect it only to be told it couldn't be done unless I had it made in copper and brass for great expense as new ones weren't available. Then I tried a company that fastback sent me. Order went through, but then they contacted me to cancel the order as they are no longer available. Grrrrrrrr...

Then I found a company in Germany who reckon they can supply one new. Order placed and i'll wait to see what turns up next week.

Ive also ordered new spark plus and all the seals for the air-conditioning. So close to finishing now.

I have spent a spectacular amount of money on this car now its untrue and so far all ive done is drive it in 1st and 2nd around our business park!!!

Oh well hopefully this one will have a new lease of life.
Top

Really sorry about the radiator

. You're the third person this month to ask about it but there's just no call for them anymore...

If the Germans can't supply James, give these people a try :

Very old school, no debit cards, just cash or cheque so you'll have to sort something out for delivery or collection or something but compared to the problems you're having sourcing one at present, that's a minor detail.

They came good for me, next day delivery (to their premises so i had to collect) on a rad all the others said they couldn't get hold of.

At one time your best bet would have been NRG Group in Bradford; they use to supply radiators and fuel tanks for the 800 range, I bought a fuel tank off them for the Mk1 fastback.

Still worth a try though..

mercedade wrote: ↑
Mon Aug 06, 2018 8:04 am
The Rover/Austin/BL world seems absolutely stuffed full of parts suppliers who list every single part ever made for the relevant marques without ever actually knowing if they're available.

Sadly that world extends to other marques as well.........

I’ve been checking the tracking number and new rad should arrive on Thursday. You will either see a jubilant post on Friday night of a very happy James with running vitesse or a photo of toys thrown from a pram.
Top

But which thursday James?

Joking aside i hope it does and is the right one for the car - i think those of us that are following this thread are as eager as you are to get the car running!

New radiator arrived. But unfortunately it has a hole in it for fitting a sensor which my car doesn't have. Apparently early cars have a rad fan sensor in the rad. Later cars like mine have the fan switched on by the ECU. The advice from Scooby on this forum is to fit a sensor and then wire it to the battery via a relay and revert back to the earlier system, as the signal from the ECU is said to be a little unreliable.

So that's what I am going to do, but its frustrating as I am no waiting for more parts to arrive!

I took the fan motor apart again to change the bearing. I hadn't realised that the bearing is interference fit into the housing and then held by a steel washer and then the ally housing is crushed over it to hold it in position. Apparently a non serviceable part. We'll see.... 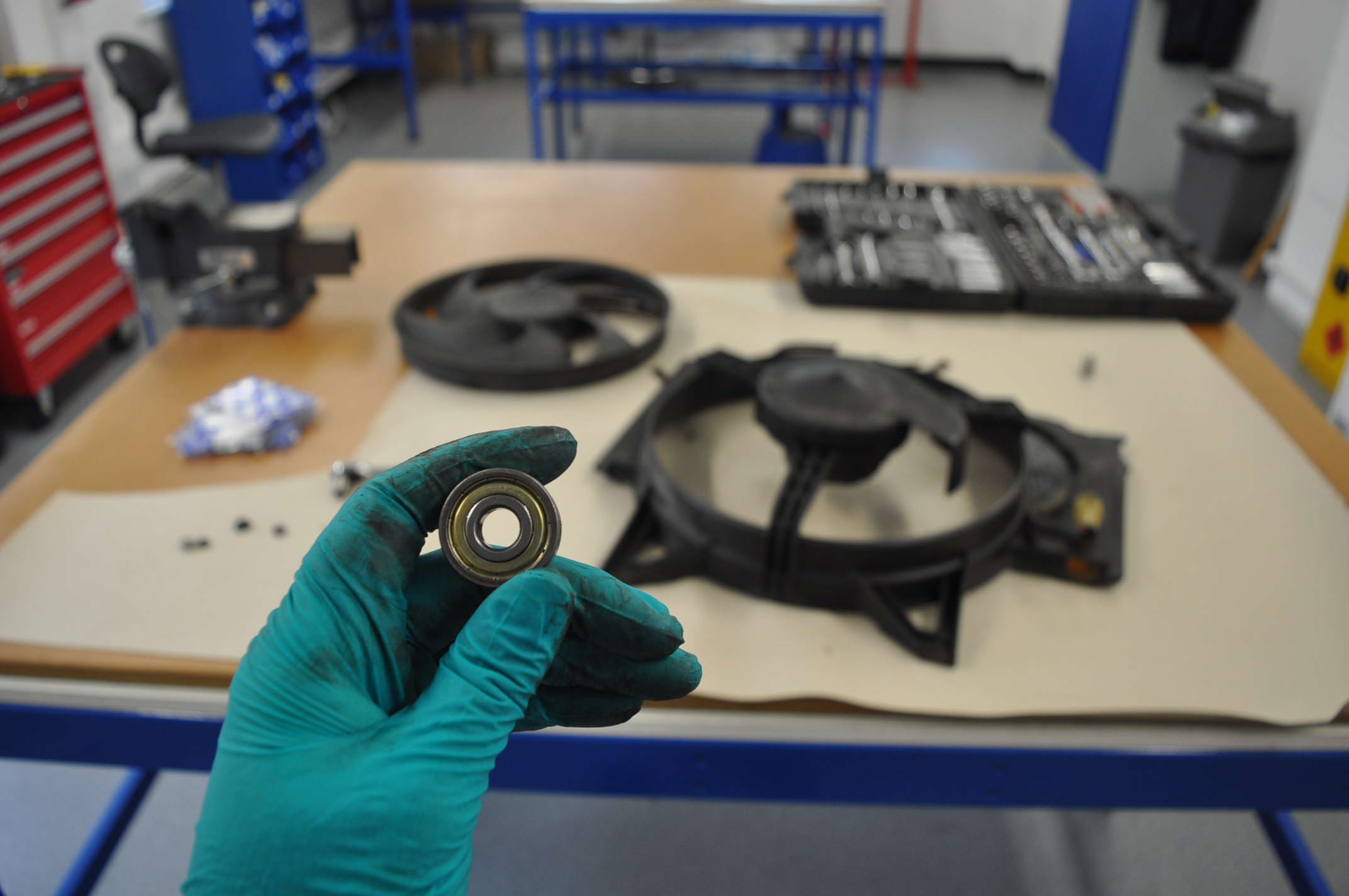 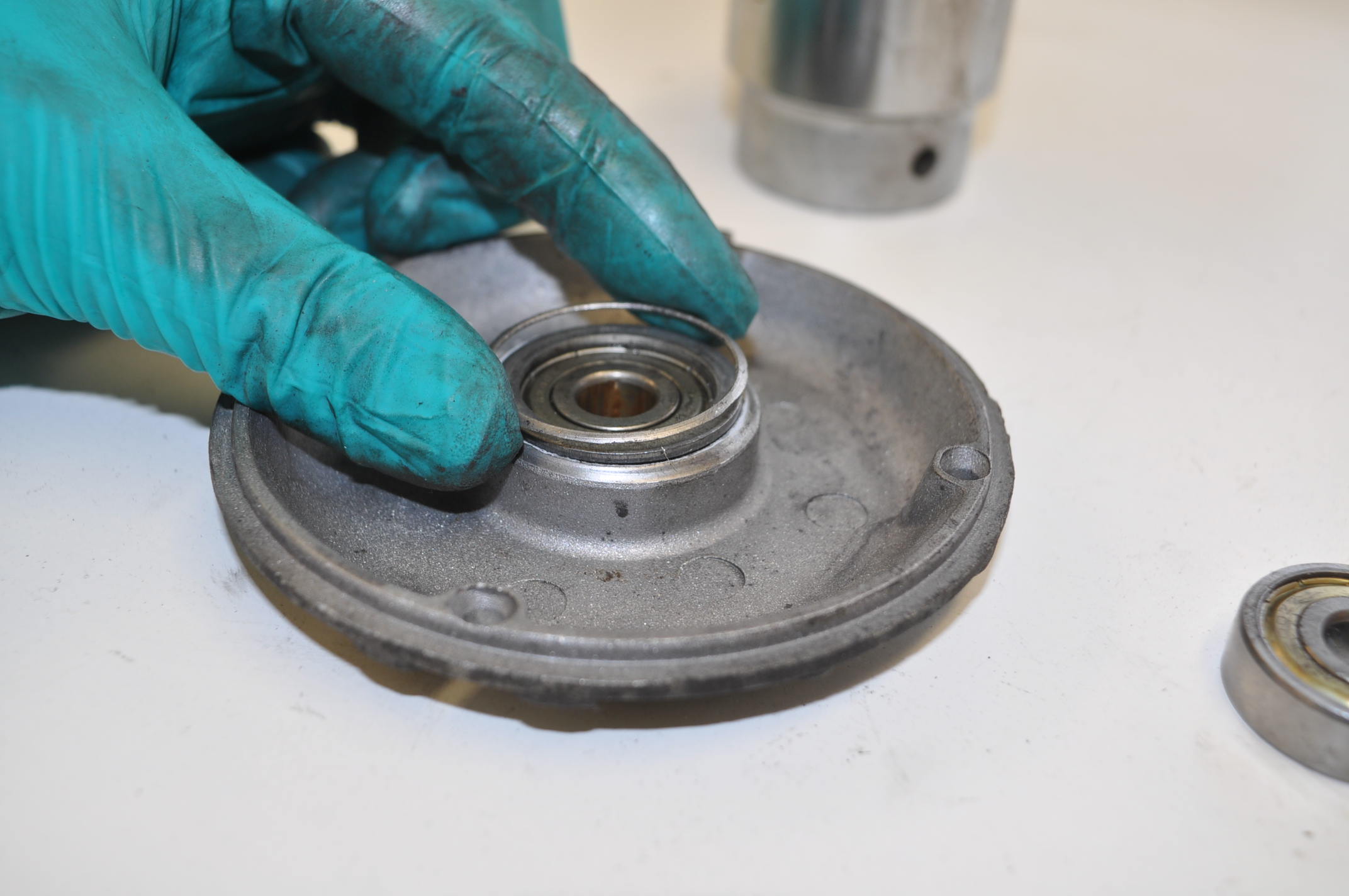 Peened over the lip 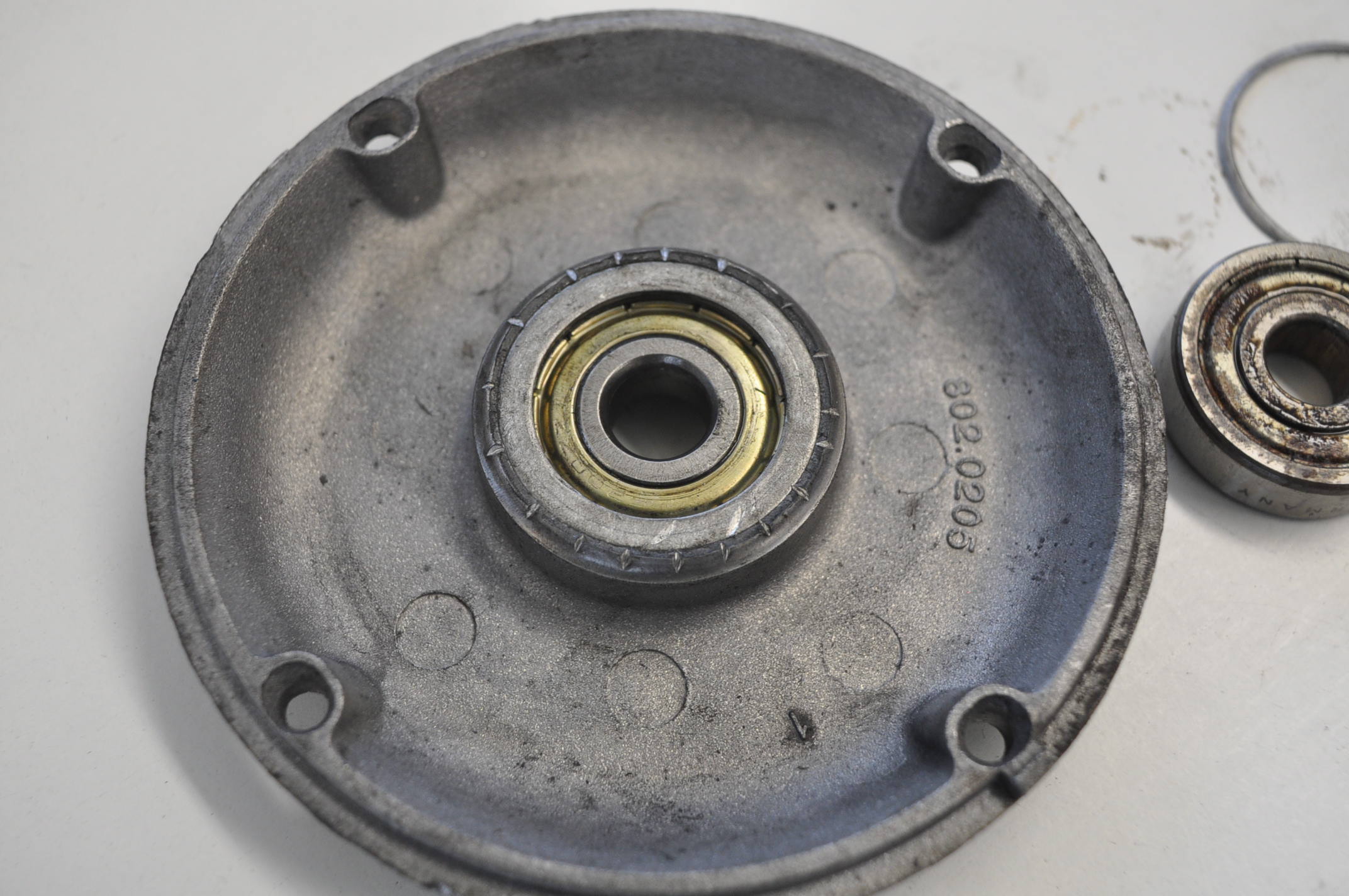 Then I fitted the fan and intercooler to radiator and put it in car. 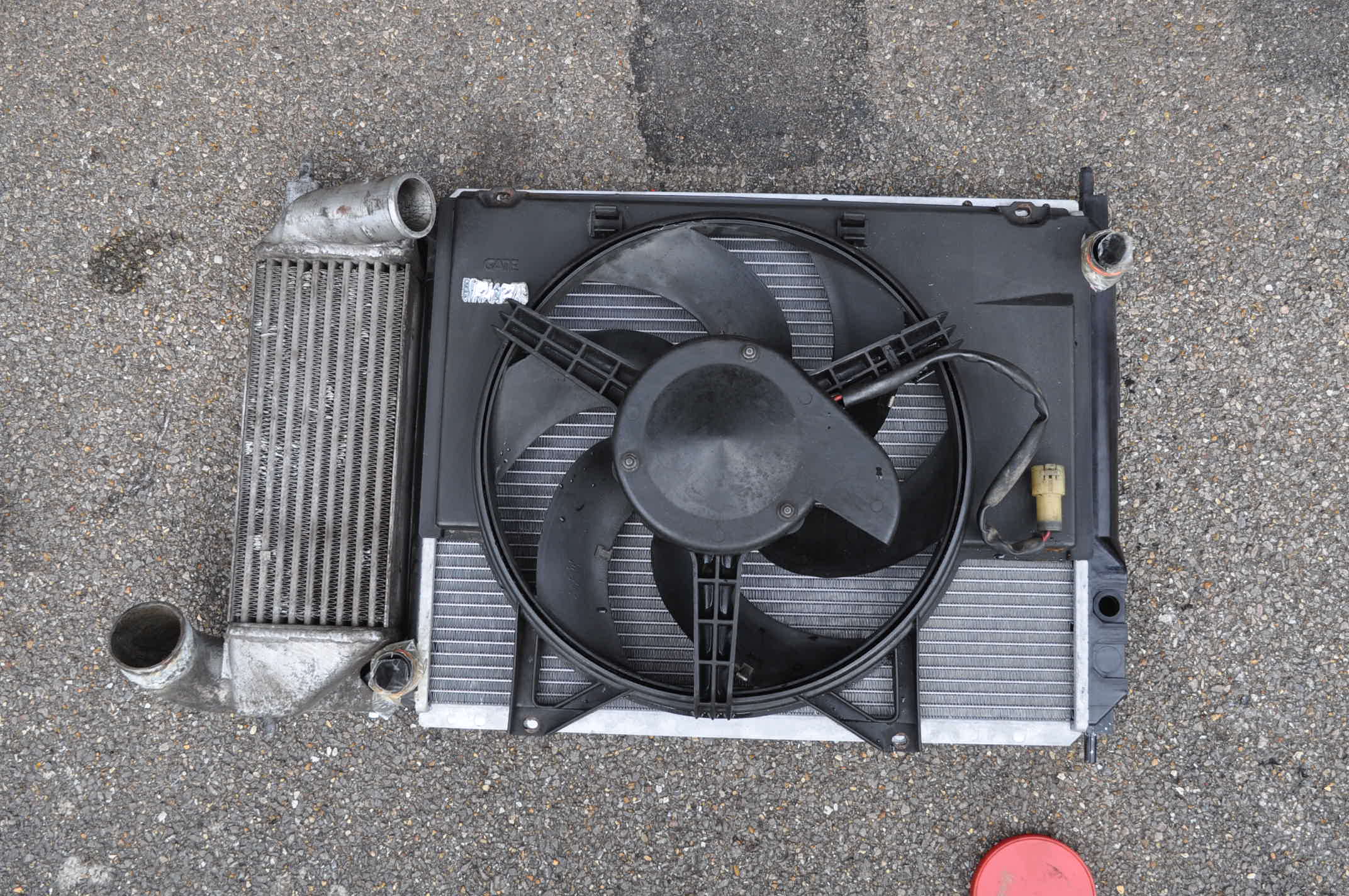 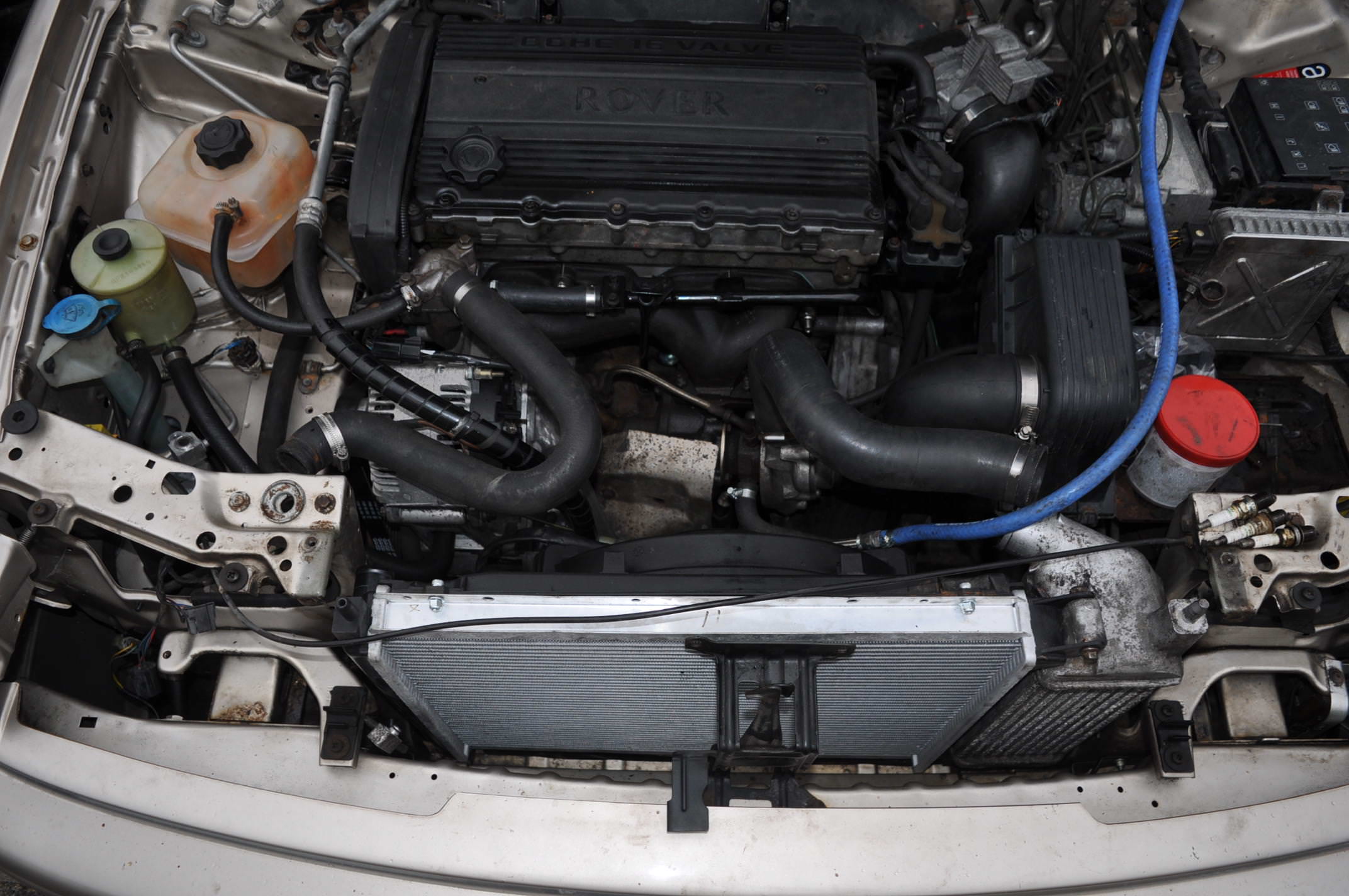 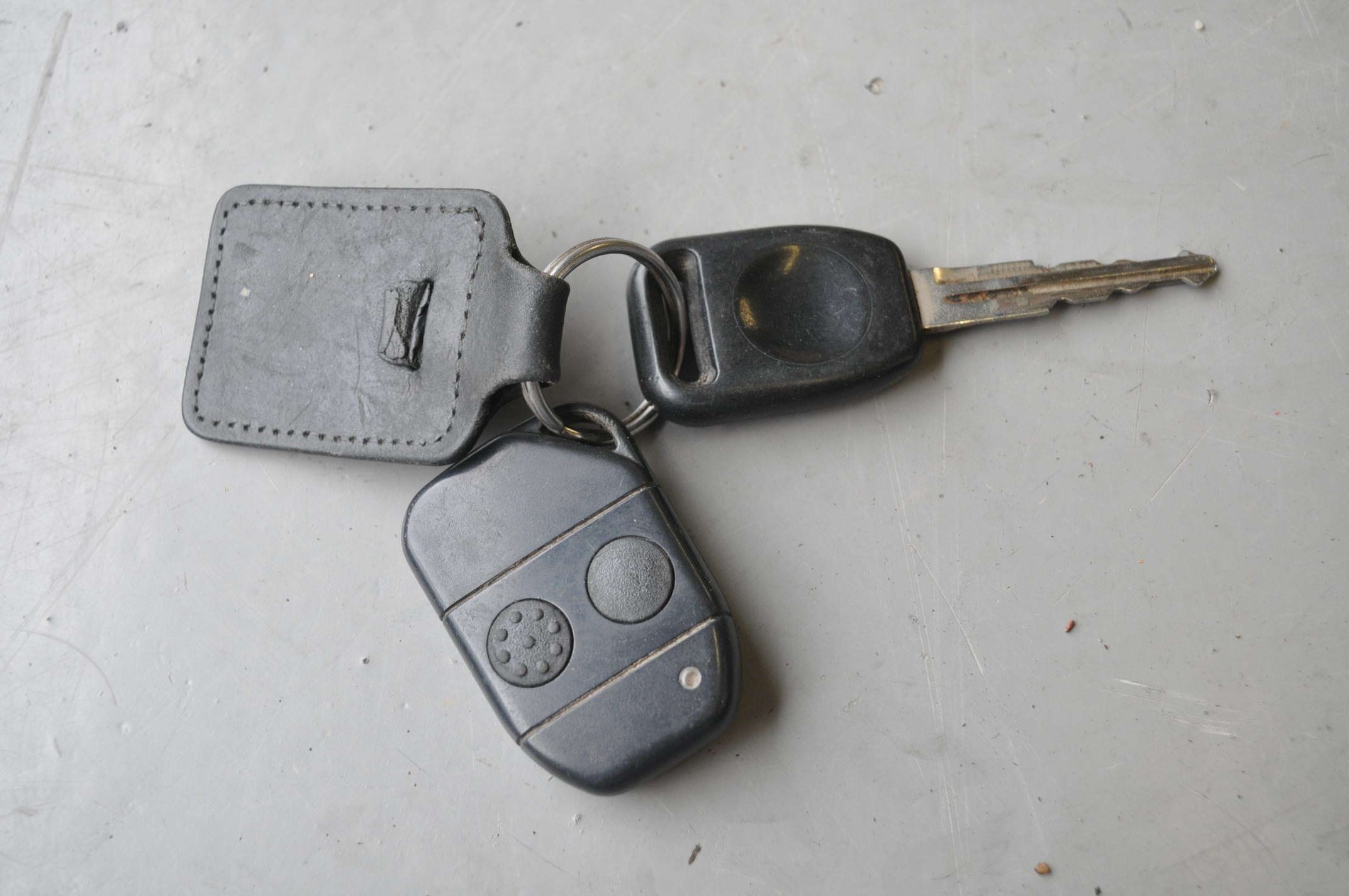 Good work on the fan bearing there James! The key fob is a strangely satisfying fix, such a small job yet so significant! Weird i know but it's true!

Where did you find the new buttons?

Where did you find the new buttons?

Those are the ones i used Henrik, i'm guessing James did the same.

Users browsing this forum: No registered users and 11 guests